In a recent New York Times Magazine article, Elizabeth Green, author of Building a Better Teacher, explores the question, “Why do Americans stink at math?”

That American students — and, by extension, American adults — stink at math is fairly well established. Among the evidence that Green provides is the tale of the third-pounder hamburger:

“One of the most vivid arithmetic failings displayed by Americans occurred in the early 1980s, when the A&W restaurant chain released a new hamburger to rival the McDonald’s Quarter Pounder. With a third-pound of beef, the A&W burger had more meat than the Quarter Pounder; in taste tests, customers preferred A&W’s burger. And it was less expensive. A lavish A&W television and radio marketing campaign cited these benefits. Yet instead of leaping at the great value, customers snubbed it.

Only when the company held customer focus groups did it become clear why. The Third Pounder presented the American public with a test in fractions. And we failed. Misunderstanding the value of one-third, customers believed they were being overcharged. Why, they asked the researchers, should they pay the same amount for a third of a pound of meat as they did for a quarter-pound of meat at McDonald’s. The “4” in “¼,” larger than the “3” in “⅓,” led them astray.”

The reason for our lack of math skills, according to Green, is not that we lack the capacity to do complex math in our heads; instead, the problem is the ways in which we teach math in schools. Despite many reform attempts, most math classes still focus on the procedures of completing math problems rather than on the deeper meanings of those procedures. The result is that math seems like an arbitrary system of numbers, symbols, and letters with no real meaning in our day to day lives. Is it any wonder that students not only fail to deeply understand mathematical concepts, but also dislike the very idea of studying math?

This issue — the problem of teaching students how to do math without bothering to teach them why math works the way it does — is at the heart of the new Common Core State Standards. The math standards are intended to encourage teachers to unlearn old approaches, largely based on rote memorization, and learn an entirely new approach that shows students what each mathematical principle really means. Unfortunately, as with past reforms, teachers are essentially on their own. Training in the new standards is weak and infrequent, and school boards and administrators remain unprepared or unwilling to offer adequate professional development and support.

It turns out that math is hard because we make it harder than it has to be.

Read the original article here: Why Do Americans Stink at Math? 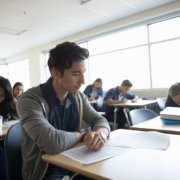 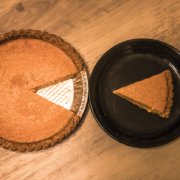 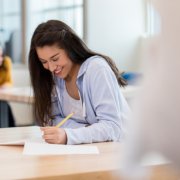 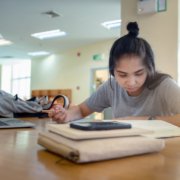 Why Am I Bad at Math? 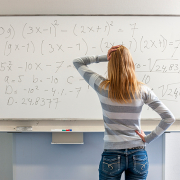 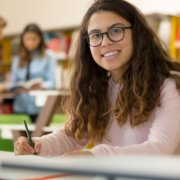 The Benefits of Low-Tech Parenting
Scroll to top