It’s that time of year again: love is in the air, stores are decked with pink and red hearts, and the SAT is just a few weeks away. Inspired by the season, we’ve put together some Valentine’s Day themed SAT reading practice for you. Enjoy! 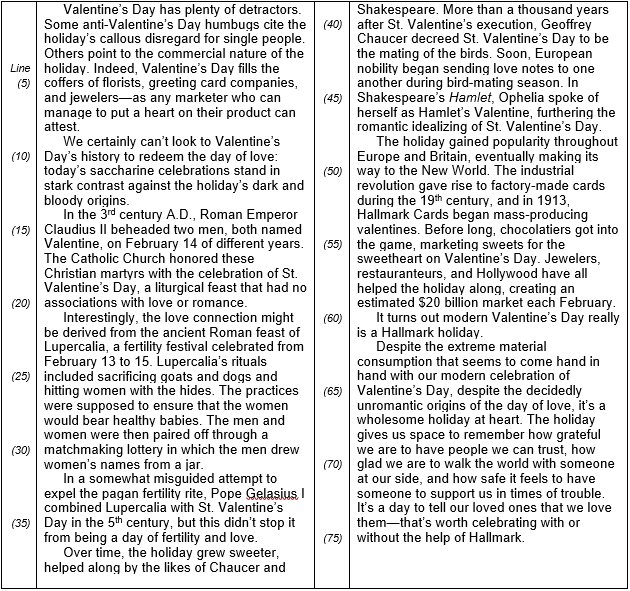 On To the Questions!

1. Which of the following best describes the purpose of the second paragraph (lines 9-13) within the context of the passage as a whole?

A. To identify the origins of modern Valentine’s Day traditions

B. To transition to a discussion of Valentine’s Day’s history

C. To offer a counterargument to the ideas presented in the previous paragraph.

D. To illustrate the connections between the origins of Valentine’s Day and today’s celebrations.

A. establish a humorous tone through use of puns and irony.

C. allude to the common association of Valentine’s Day with candy or chocolate.

4. The passage suggests that Geoffrey Chaucer

A. was influential in starting social fads among the upper classes.

5. Which of the following is NOT cited as a contributing factor to the romantic traditions of modern Valentine’s Day celebrations?

6. According to the passage, the commercialization of Valentine’s Day began when

7. Which of the following sets of lines best supports your answer to the previous question?

8. The author most likely describes Pope Gelasius I’s decision to combine Lupercalia and St. Valentine’s Day as “misguided” (line 32) because

A. the influence of the pagan celebration remained long after the attempt to eliminate it.

B. people continued to prefer to celebrate Lupercalia instead of Valentine’s Day.

C. the pagans who celebrated Lupercalia never converted to Catholicism.

9. Which of the following best supports your answer to the previous question?

10. Which of the following best describes the author’s attitude toward Valentine’s Day?

The sentence containing the word “redeem” refers back to the criticisms of Valentine’s Day in the first paragraph. The sentence says that the history of Valentine’s Day doesn’t put the holiday in any better light because the origins are “dark and bloody.” We need a word that means something similar to “put in a better light,” and choice B is the best reflection of this meaning. To absolve is to free of blame, guilt, or shame. This suits the context of the sentence: The dark and bloody origins won’t free Valentine’s Day of the shame placed upon it by its detractors.

Lines 39-44 support this answer. After Chaucer decreed Valentine’s Day to be the mating of the birds, European nobility began sending love notes during bird-mating season, indicating that Chaucer’s writings launched a social practice among the nobility.

Lines 52 to 56 define Hallmark’s mass-produced valentines as the first of the common commercial Valentine’s Day products, followed by chocolates, and eventually jewelry, Valentine’s Day dinners at restaurants, and romantic movies.

See the answer to the previous question.

The sentence in lines 21-24 suggests that the celebration of Lupercalia may be the origin of the romantic aspects of modern Valentine’s Day, which implies that the vestiges of Lupercalia remained long after the festival had been overshadowed by Valentine’s Day. This is further supported by lines 35-36, which tell us that Pope Gelasius I’s move to eradicate Lupercalia didn’t eliminate the pagan holiday’s influence.

See the answer to the previous question.

Although the first paragraph starts the essay on a negative footing, it is communicating the criticisms of “Valentine’s Day humbugs” rather than the opinions of the author. The author’s opinion is not stated until the final paragraph, in which the author writes that Valentine’s Day is “a wholesome holiday at heart” and is “worth celebrating” regardless of anyone’s criticisms. This best supports answer choice D.

So how did you do? Hopefully, you got every question right and are feeling confident in doing the same on your upcoming SAT. If not, don’t worry – maybe you just need a little support to make sure you’re ready to score big on test day. If you’re interested in some personalized support, C2 SAT prep is a great option! 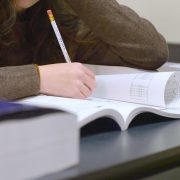 The Benefits of Reading Tutoring 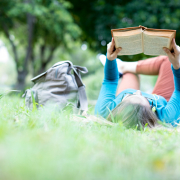 On the Bright Side: Doing My Summer Reading Assignment 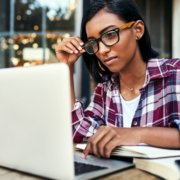 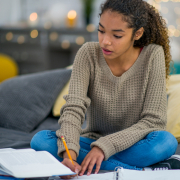 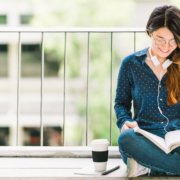