Memorial Day weekend marks the start of summer. Each year, tens of thousands of people head for the beaches and theme parks to mark the beginning of a season of fun. But Memorial Day is about much more than a fun holiday weekend.

Memorial Day honors those who died while serving in the armed forces. Today, the holiday commemorates all fallen veterans, but it originated as a means of honoring those who died during the Civil War.

The holiday has its roots in the days during and after the Civil War when it was known as Decoration Day. It can be attributed primarily to women. In 1862, women in Savannah, Georgia decorated the graves of Confederate soldiers. Later, in 1864, women in Boalsburg, Pennsylvania, decorated the graves of the fallen soldiers buried in the local cemetery; in fact, Boalsburg claims to be the birthplace of Memorial Day. By the end of the Civil War, women had formalized the practice of decorating the graves of fallen soldiers.

The first widely publicized observance of Decoration Day was held in Charleston, South Carolina on May 1, 1865. About 257 Union prisoners of war had died there, and they were buried in unmarked graves. After the war, black residents of Charleston, along with a group of teachers and missionaries, organized a May Day ceremony that was covered by the national press. They cleaned and landscaped the burial ground and built an enclosure to mark the area. Some 10,000 people gathered that day to commemorate the dead.

By the end of the 19th century, the holiday had become a common celebration, but it wasn’t until after World War I that the day was expanded to honor all fallen veterans. In 1971, Memorial Day was declared a federal holiday, though it is still known as Decoration Day in many communities. Decoration Day might be a more accurate name since countless volunteers still decorate the graves of fallen soldiers on that day.

So, although Memorial Day does mark the start of summer, take a moment to remember its more serious roots this year. 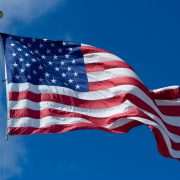 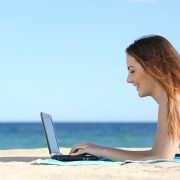