It’s time to celebrate the 239th birthday of our nation. As we all know, on July 4, 1776, the Declaration of Independence was created by our founding fathers. While there are many things we honor at this time of year, we wanted to share some little known facts about our national anthem. “The Star-Spangled Banner” is an iconic embodiment of American unity, courage and tenacity in the face of opposition. Ironically, the tune was derived from a British drinking song, below are a few more interesting, if not obscure, facts about our anthem.

Francis Scott Key, writer of “The Star-Spangled Banner”, was a successful attorney. He owned his own practice and was regarded as one of the best in Maryland. He was later appointed as District Attorney of the District of Columbia (D.C.) by President Andrew Jackson.

The song was written based on what Key saw take place on September 13, 1814 at Ft. McHenry during the Battle of Baltimore. The Fort was under attack by British forces for an entire 25 hours, but did not surrender.

Key was in viewing distance of the battle on a British warship because he was appealing for the release of a friend Dr. William Beanes who was held captive.

Francis Scott Key wrote “The Star-Spangled Banner” to fit the rhythm of the British drinking song “To Anacreon in Heaven”.

The original version which Key wrote has four verses and what we are familiar with is only the first of the four. See below for the full lyrics.

Key named the song “The Defence of Ft. McHenry” and it was published accordingly in newspapers across the nation. The name “The Star-Spangled Banner” was not coined until about two months later when a music store started selling the sheet music under that title.

For more than 100 years, “The Star-Spangled Banner” was not officially our national anthem. The idea of declaring it as our official anthem was proposed by President Wilson in 1916, and in 1931, President Hoover signed a congressional act declaring it as such.

It is believed that “The Star-Spangled Banner” was first performed at a sporting event during the 1918 Baseball World Series. Initially the band played the anthem during the game but later in the series they begun to perform at the start of the game.

Whitney Houston’s recording of “The Star-Spangled Banner”, which she performed at Super Bowl XXV, peaked at #20 in Billboard’s weekly Hot 100 in 1991, and then peaked at #6 after its second release in 2001, following the attacks on September 11th. 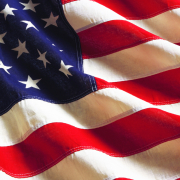